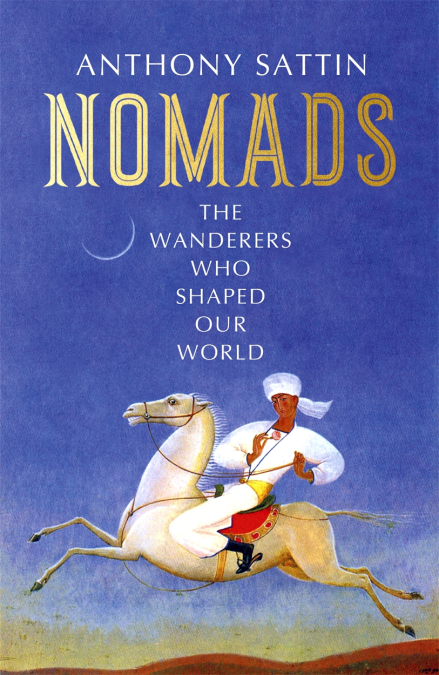 I bought a physical book yesterday, a hardback with actual paper pages as opposed to recycled electrons in a Kindle or Audible edition. I genuinely can't remember the last time I did that, which probably explains why the contents of Browne Acres' bookshelves are looking a touch stale.
I'd gone along to the Wimbledon Bookfest Sunset Festival to see Anthony Sattin in conversation with William Dalrymple about his book Nomads. (We do the e-commerce for Bookfest so I try and get along to at least one event every time it is in session just to keep my finger on the pulse.)
I was very taken with it. Money quote:

Although theirs seems to be the shadow side of our story, the nomad story is neither less wonderful nor less significant than ours. In the second century BCE, for instance, after the Roman Republic defeated Carthage and became masters of the Mediterranean, when China flourished under the Han emperor Wu and trade inched its way along the nascent Silk Roads between the Yellow river and Europe, Xiongnu nomad power stretched from Manchuria to Kazakhstan and included parts of Siberia, Mongolia and what is now China's Xinjiang province. At the same time, Scythian nomads and their allies controlled much of the land between the Black Sea and the Altai Mountains in Kazakhstan. Put together, these nomad territories were larger and more powerful than either the Roman or Han empires. And in contrast to the familiar claim that these mobile people were primitive and isolated, we know from burials that their leaders dressed in Chinese silk robes trimmed with cheetah fur, sat on Persian carpets, used Roman glass and had a taste for Greek gold and silver jewellery. All this raises the possibility that these nomads were the masters of a linked-up trading world that stretched from the East China Sea to the Atlantic Ocean.

Very much along the lines of what my reading from the Decameron to the 1,001 Nights suggests; much has been lost and we trudge around ruins with dust in our torch beams.
at 8:29 am