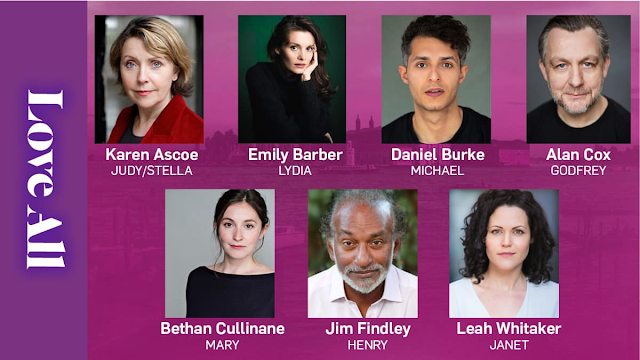 To the Jermyn Street Theatre last night for a preview of Love All, a "rediscovered classic" written by  Dorothy L. Sayers. I had completely forgotten I had a ticket for it until I was reminded and no clue as to what it might be. I absolutely loved it, which often happens when I bowl up with no preconceptions (Zen mind, beginners mind). 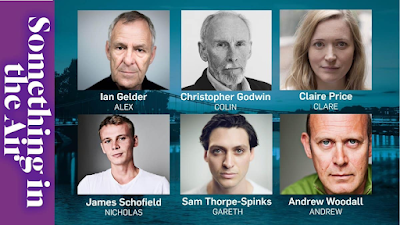 PG's "Something in the Air" is the next production there (apart from Sunday night one-offs), and the cast for that was announced in the week as you can see above. As an aside, we gave him a copy of Magnificent Rebels: The First Romantics and the Invention of the Self  by Andrea Wulf  for his birthday.

Magnificent Rebels is a beautiful group biography, celebrating the lives and loves of Germany's most brilliant minds: Goethe, Schiller, Fichte, Novalis, Schlegel, Schelling and Hegel. At the centre of their group in the small university town of Jena was a free-spirited, thrice married, single-mother named Caroline Michaelis-Böhmer-Schlegel-Schelling.

"I directed Schlegel's German translation of A Midsummers Night's Dream in Zurich in the 1970s," he observed after unwrapping it. "Terrible problems with the Swiss German accents." Perhaps the greatest humblebrag in history.
at 9:40 am