Like as the waves make towards the pebbl'd shore 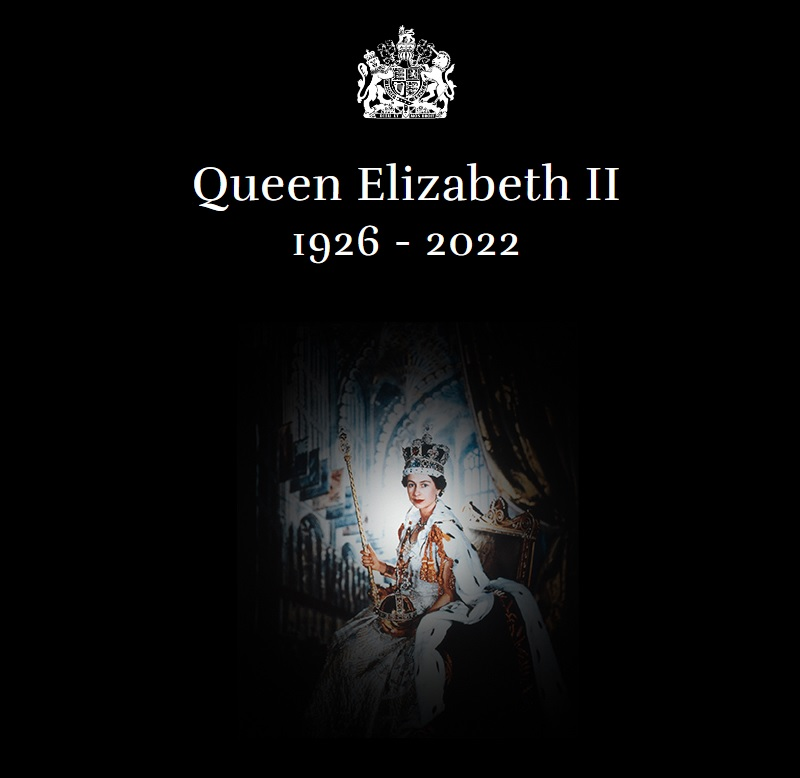 After the Queen died yesterday, a holding page took the place of the official website, www.royal.uk. Any other pages on the existing site that users might have bookmarked redirected to it as well.  The text below the image said:

The Queen died peacefully at Balmoral this afternoon.
The King and The Queen Consort will remain at Balmoral this evening and will return to London tomorrow.
The official website of the Royal Family is temporarily unavailable while appropriate changes are made.

The idea was to streamline the site as much as possible so it could cope with an enormous traffic surge, plus hiding, even if temporarily, any existing content that might seem inappropriate in the circumstances.
I know this because it was my idea. Other content is gradually coming online today.
I met the Queen three times while we were working with the Household; at the launch of the new web site, at a Reception and at a Garden Party. The funniest encounter was at the launch. I had stayed up all night working, and hadn't eaten since lunchtime the day before. Absolutely starving, I loaded up a plate with buffet fayre, and turned around to find Her Majesty about six inches away chatting to someone. She was maybe three quarters turned from me. I remember the yellow jacket she was wearing very distinctly. She was so close, I could have put the plate of sandwiches in my hand on top of her head. Not that I did you understand.
There's a framed photo of Samantha Cohen presenting me to the Queen at that very event on the staircase wall in mum and dad's, though - from the arrangement - a photographic tribute to Ben - Brean Sands Junior Rugby Festival Top Try Scorer 2009 - seems to take precedent. Thinking of home and hearth, Dad was one of the servicemen who lined the route for the Coronation in 1953 when he was doing his National Service in the RAF.
at 8:44 am