It is probably more information than you need, but Radio 4 kicks off at 5:58 every morning in my bedroom. On weekdays this is so I can ease myself into the Today Programme via Tweet of the Day. That works fine Monday through Friday, but we don't get it on the weekend so this morning I got the last two minutes of: 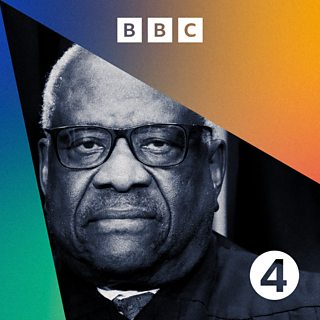 Profile: Clarence Thomas - Timandra Harkness tells the story of the the US Supreme Court Justice at the centre of overturning the right to abortion in America. How did he go from poverty in Georgia to highest court in the land? And why did his politics change from campaigning for black rights to anti-affirmative action conservatism?

Having been blogging about the Supreme Court lately, I listened to the whole 15 minutes yesterday, and you can do the same here for at least a year.

I was intrigued by a reference to Thomas Sowell  as an influence on his move to, what for want of a better word, we shall call the right as I am aware of Sowell from the Hoover Institution.

This in turn got me thinking of John McWhorter, who I have been reading for nigh on two decades now, starting with The Power of Babel: A Natural History of Language. I didn't even realise he was African American I don't think, until he started doing a podcast with Glenn Loury.

Also Amazon Fire TV has been recommending me this movie lately.

A lot to chew on here; early days. I am very far from an opinion never mind a conclusion.