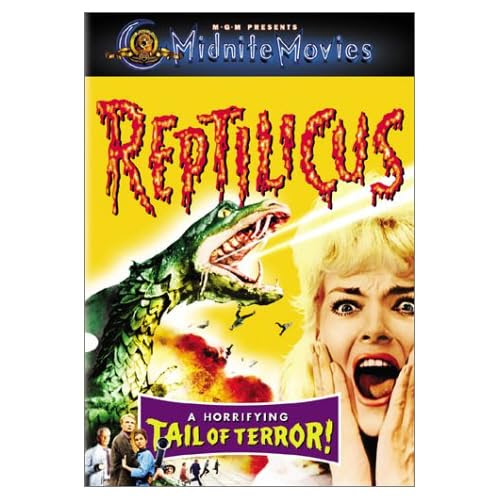 The fine Resonance monster movie trailer show was on again this morning, and I've retained enough detail to track down one of the films:

Invincible...Indestructible! What was this awesome BEAST born 50 million years out of time?
REPTILICUS
See a mighty city trampled to destruction! See missiles and atom bombs powerless! See civilisation rioting with fear!
YouTube has also come up with the goods:
According to Wikipedia:

Over 900,000 people, the entire population of Copenhagen, as well as their army, navy and airforce, participated in the film as extras.

already on my wishlist.

reptilicus is the daddy!
invincible!