I am driving down to Wales this afternoon, I'll meet my brother John this evening and we will visit mum tomorrow morning.

Perhaps this made me pay a little more attention than I usually would to a Facebook post from Newtown and the Irish in Cardiff as I had my daily browse. It said:

Unlike the series 'Dock of the Bay' which aired only a few weeks after filming, the producers tell us that the new series will not go to air until the new year, alas.

A little research suggests that the series is actually called Vanished Wales. Episode 3 of series 1 (here) "reveals the lost community in the Brecon Beacons, the Cardiff factory that had a future superstar on its payroll, and the much missed stadium where sporting history was made." 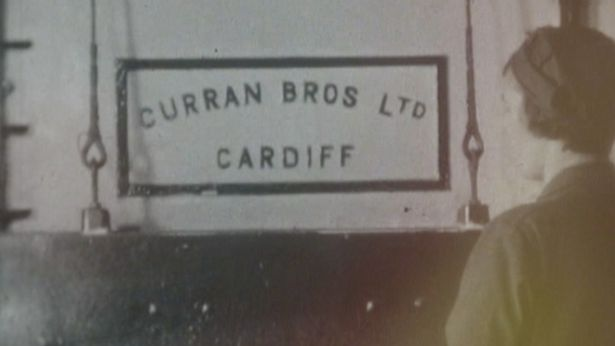 Getting even researchier (WalesOnline here and worth a read) I have established that the Cardiff factory was Currans and the superstar was Shirley Bassey.

Currans, of course is where Dad first worked. So he really would have known a young Dame Shirley. I thought it was a load of old flannel. Speaking of flannel, as I remember he used to play cricket for Currans. "The teeth I knocked out with bouncers," he would recall; sentimental old fool. John and I should catch a basinful of the documentary this evening.

Load of old flannel? Basinful? I start writing in the old man's vocabulary whenever I think of him.