We got an email last night saying that Ralph Brazier, the father of Louis - a former Old Ruts team mate of Ben, had been killed in a cycling accident.

I have dug up the story in the Evening Standard: Father-of-three killed in cycling crash 'after hitting pothole that had not been repaired despite repeated warnings' 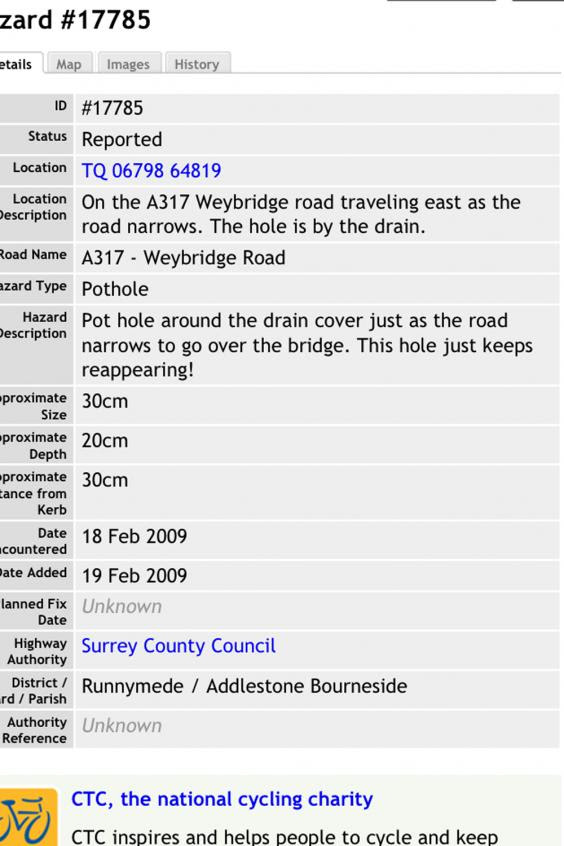 The pothole had been there since 2009. Words fail me.

His boys transferred to Esher RFC after the family moved to Thames Ditton, but I still very particularly remember him pulling a folding bike out of the boot of his car at London Scottish, when the kids played mini rugby and all age groups were at the same venue, so he could commute between pitches on it, watching Louis in our age-group and Louis’s brother Nate in the year below. Initially I thought he was off his head, but the more I thought about it the more I liked the idea. A very sad loss.

When I told Ben this morning, he initially thought I meant Louis Cohen's dad, Mitch. You need to be very careful to be clear passing on bad new like this.

Update: Surrey Police have issued this statement.
at 10:55 am