It has been my invariable habit for years now to post once and once only here each  day and then to let the chips fall where they may.

Yesterday, however, Andy Howell published an article called The players who caught Warren Gatland's eye on the final weekend before Six Nations selection, in Wales Online.

On possible eye-catcher, I was pleased to note, was Dan Fish: 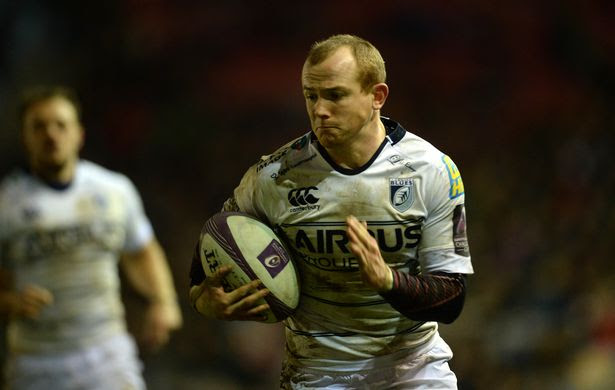 Although Dan Evans at the Ospreys has had more headlines this season, the slippery Fish has been a creative influence for Cardiff Blues with the counter-attacking ability which has netted him a new contract and saw him touch down twice at Harlequins.

Wales’ full-back worries may have eased at the weekend with Gareth Anscombe making a successful return to combat, albeit at outside-half, but Fish could be among those in the swim for a place if Liam Williams was to be ruled out.

Warren Gatland will announce his squad for the 2016 RBS 6 Nations at noon today. This post will be updated after that. Until then, we live in hope.


Warren Gatland has named a 37-man squad for the 2016 RBS 6 Nations that features one uncapped player in scrum-half Aled Davies and squad recalls for Tom James and Josh Turnbull.

Cardiff Blues pair James and Turnbull last played for Wales in 2010 and 2014 respectively, though James was part of Wales' 2015 Rugby World Cup training squad before withdrawing through injury.

The experienced squad includes 31 players who featured for Wales in the 2015 Rugby World Cup and will be led by Wales' most experienced captain Sam Warburton.
The front-row contingent is made up of props Gethin Jenkins, Paul James and Rob Evans, along with Samson Lee, Tomas Francis and Aaron Jarvis.

Scott Baldwin, Ken Owens and Kristian Dacey are named as the hookers.

Four British and Irish Lions are named in the back-row, captain Sam Warburton, Dan Lydiate, Justin Tipuric and Taulupe Faletau. They are joined by James King and Ross Moriarty.

"We have selected a squad that rewards players form as well as picking a lot of experience and that continuity is important to us," said Gatland.

"We have picked a larger squad than normal, we have a few injuries at the moment, those players aren't too far away from getting back on the field so we are happy with the mix.

"Aled (Davies) is someone who has been on the radar the last couple of years and his selection is reward for his form.

"Tom (James) is playing very well for the Blues and we have been impressed with Josh's (Turnbull) performances recently.

"It is always exciting when the Six Nations comes around and we are looking forward to meeting up next Monday."

Wales kick off their 2016 campaign away to reigning champions Ireland on Sunday February 7th before welcoming Scotland to Principality Stadium on Saturday February 13th.