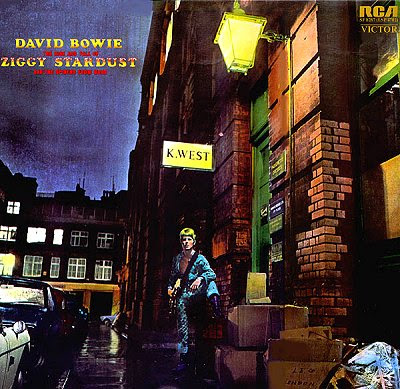 The V&A has just announced an exhibition, that will open in March, charting the career David Bowie, and last night I was having a drink in Heddon Street where the iconic cover photo for the album Ziggy Stardust was shot.

How often are the planets in alignment like that eh?

Mr. Spock: Captain, our tractor beam caught and crushed an air force plane. It'll be impossible to explain this as anything other than a genuine U.F.O. Possibly alien, definitely destructive.
at 10:03 am