Do this in memory of me 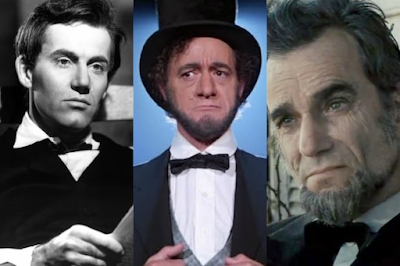 Last night, John, my brother and nine years younger than me, told me the greatest story I have ever heard about being brought up as an observant Catholic.

Years ago, and after I had left home, he and Kirsten (his girlfriend at the time) were invited to a Saturday night fancy dress party. It was a good way away, so they were going to drive there and stay overnight. That way they could have a social drink and come back on Sunday.

Dad's ears pricked up at this. When, with Sunday's schedule vague and indeterminate, would John be going to Mass? Inspiration struck. Drive round to St Paul's now this minute. The Code of Canon Law (can. 1248), you see, permits Catholics to fulfill their Mass obligation by attending Mass “in the evening of the preceding day.”

John was packed into the car and off they went with John already in his Abraham Lincoln costume. And, this story being a gift that keeps on giving, sporting a week's worth of beard from which, Lincolnesque, he had moments ago shaved the mustache.

They arrived just in time and crept into the back pew. So far so good, but come communion Dad made him queue and receive in character. In the image in my mind's eye John is wearing a stovepipe hat as he approaches the altar.

Back in Bronwydd, Kirsten, already in her Statue of Liberty costume, is making small talk with mum. A detail I'll grant you, but one that elevates the whole yarn to a stratospheric level of sublimity.

What is it like growing up around sane people? In our family we can only speculate.