I haven't seen the footage of a policeman, Derek Chauvin, kneeling on George Floyd’s neck for more than eight minutes, during which Floyd can be heard saying “I can’t breathe”. Ben told me he tried to watch it but he had stop because it was too disturbing. Even after Floyd's pulse stopped, even when he was presumably dead, Chauvin wouldn’t remove his knee I'm told.

I remember the days when the only Minneapolis association in my head was Prince and Paisley Park. 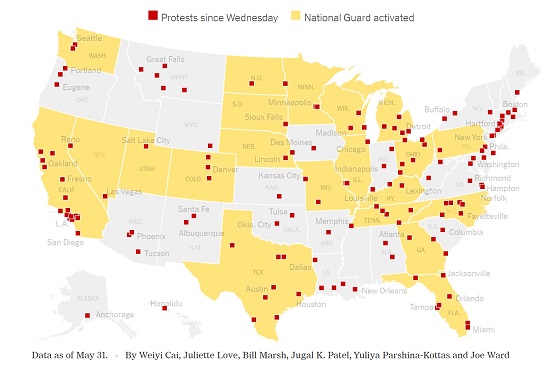