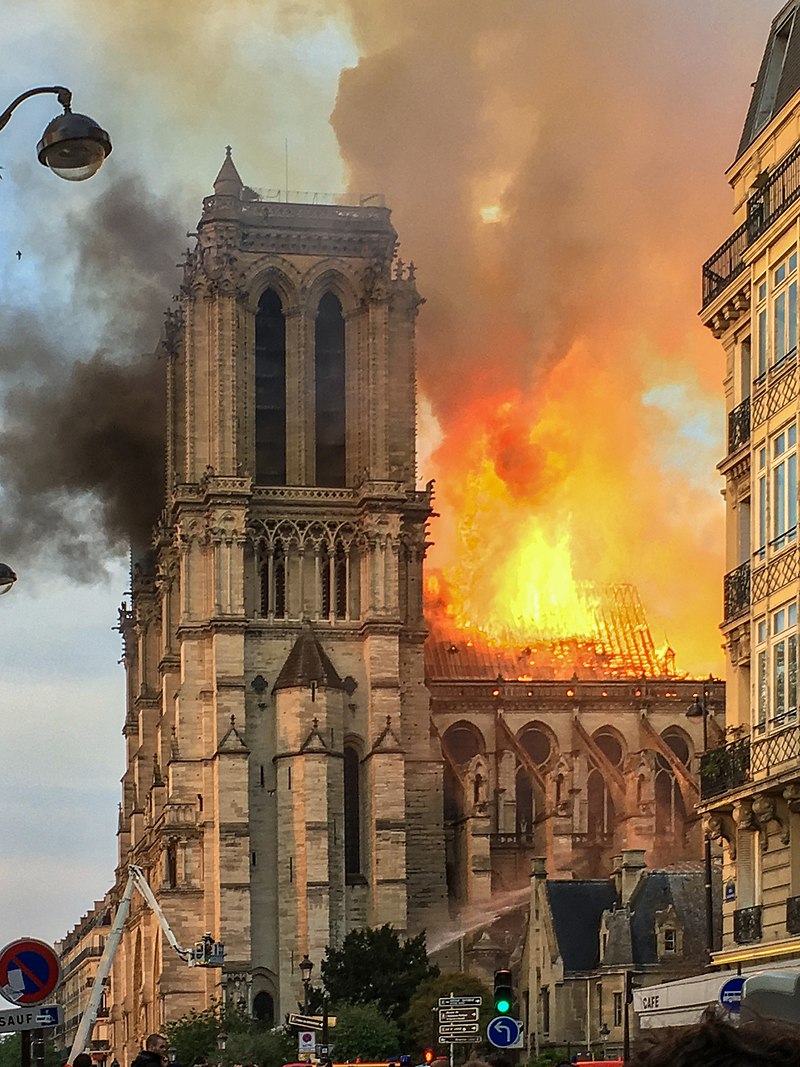 In the 1790s, Notre-Dame suffered desecration during the French Revolution; much of its religious imagery was damaged or destroyed. In 1804, the cathedral was the site of the Coronation of Napoleon I as Emperor of France.

It is probably gonna take more than a fire to see it off.

We went to see it once when I was in Paris for a rugby international. One of the party was genuinely gephyrophobic, a condition that had been brought on by being blown across lanes in a high sided vehicle by heavy winds on the Severn bridge.

I can distinctly remember him having to stiffen the sinews and summon up the blood to race across the Pont d'Arcole, rather than go home without getting on to the Île de la Cité.