A sestina (Old Occitan: cledisat [klediˈzat]; also known as sestine, sextine, sextain) is a fixed verse form consisting of six stanzas of six lines each, normally followed by a three-line envoi. The words that end each line of the first stanza are used as line endings in each of the following stanzas, rotated in a set pattern.

The invention of the form is usually attributed to 12th-century troubadour Arnaut Daniel; after spreading to continental Europe, it first appeared in English in 1579, though sestinas were rarely written in Britain until the end of the 19th century. It remains a popular poetic form, and many continue to be written by contemporary poets.


This is what I am thinking about if I seem distracted, God help us. 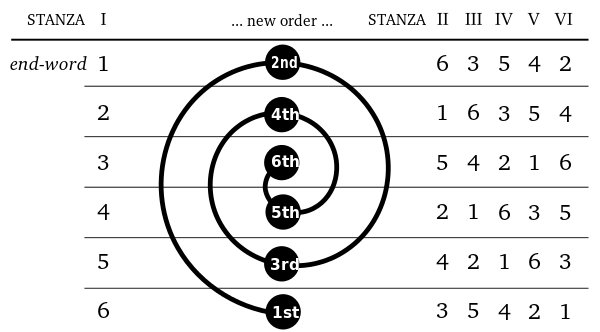