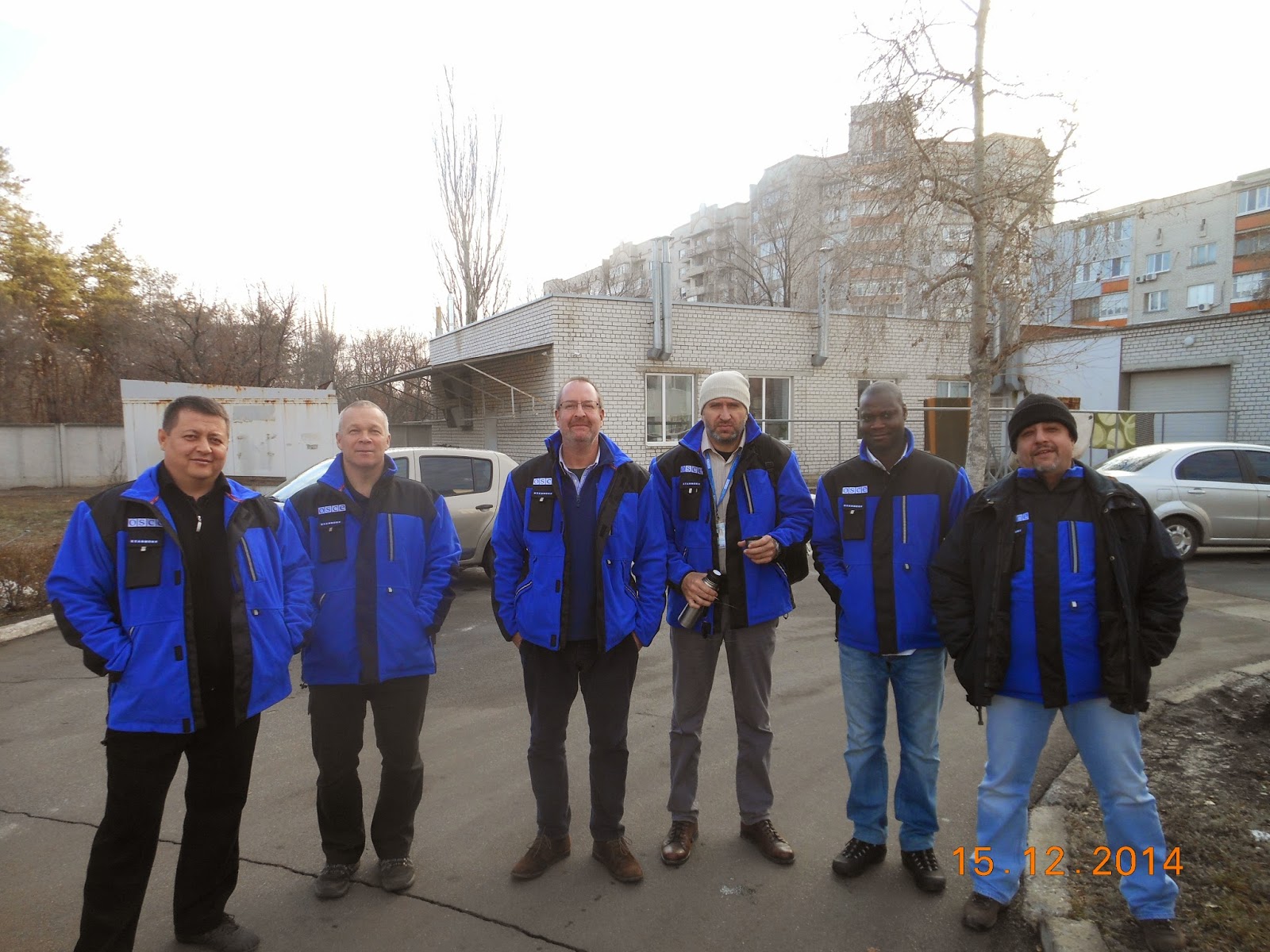 I got an email from Rod yesterday. He is in Luhansk for Christmas with the  OCSE (Organization for Security and Co-operation in Europe) monitors. It is twinned with Cardiff so he invited me over. The jury is out though.


During the 2014 protests in Eastern Ukraine, separatists seized governmental buildings in the region proclaiming the Lugansk People's Republic. An independence referendum was held on May 11, 2014. The legitimacy of the referendums was not recognized by mosts governments.However, Lugansk People's Republic was recognized by South Ossetia. Ukraine does not recognize the referendum, while the EU and US said the polls were illegal.

His note signs off "lots of loud noises as I write, many scenes from war films only real. We are trying to persuade hotel to provide some kind of festive meal tonight."

I will raise a glass to him over my turkey later.
at 9:35 am