Mixed Martial Arts is making its network debut on CBS this weekend in the States.

To celebrate this momentous event I present 3 degrees of separation between the New Ninja Bomber and MMA pin up Gina Carano, who will be appearing on the bill.

2. Woytek winning his British Championship with Master A on the left and Jonnie Boon on the right. 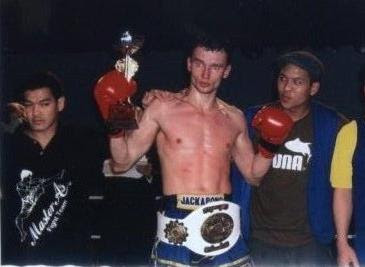 3. Master A on the set of Muay Thai Ring Girls with Gina Carano et al.

4. Gina Carano - she does scrub up well.

Toe to Toe with Gina Carano