Travelling in a fried-out Kombi, on a hippie trail, head full of zombie 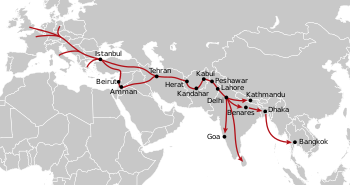 The decline of the Hippie Trail is a remarkable illustration of how the world has changed, but at the same time gives us hope it can bounce back I suppose.