While we are on the subject of the manly arts let me introduce the deeply wonderful, and apparently genuine Bartitsu.

How a Man may Defend Himself against every Form of Attack
By E.W. Barton-Wright
(Originally published in Pearson’s Magazine, March edition, 1899) 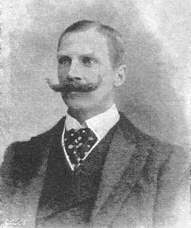 BEFORE proceeding to give my readers any particulars and explanations of the art of self-defence, perhaps it will not be out of place to make a few introductory remarks as to the conception of self-defence as generally understood by other nations.

In foreign countries people never fight for amusement or diversion, as is often the case in England and the United States. Bearing this fact in mind, it will be more easy to understand that when foreigners fall out and fight, they recognise one goal only, and that is to overcome and defeat their adversaries, and any means is considered justifiable and is resorted to, to attain this end.

Of course, what constitutes honour in this sense is entirely a matter of early training and education. In this country we are brought up with the idea that there is no more honourable way of settling a dispute than resorting to Nature’s weapons, the fists, and to scorn taking advantage of another man when he is down.

A foreigner, however, will not hesitate to use a chair, or a beer bottle, or a knife, or anything that comes handy, and if no weapon is available the chances are he would employ what we should consider are underhanded means. It is to meet eventualities of this kind, where a person is confronted suddenly in an unexpected way, that I have introduced a new style of self-defence, which can be very terrible in the hands of a quick and confident exponent.

That's the stuff. Eat your heart out Chuck Liddell.

"Self-defence with a Walking Stick," Pearson's Magazine, February 1901, is one of the funniest things I've ever seen. Who could resist method "No. 9. -- A very Serviceable Way to Disable a Taller Man than Yourself when Opposed to Him under Unequal Conditions"?
at 10:10 am