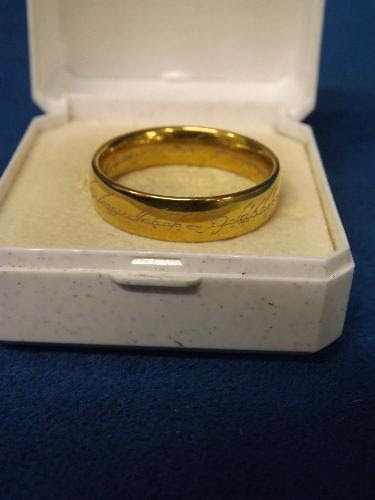 Condition: Used - Believed to be a Lord of the Rings ring

Avon and Somerset Constabulary offers no guarantee as to the authenticity of this item.

No guarantee it is an actual Nazgûl heirloom, but just imagine.

Coincidentally I was listening to In Our Time on Plato's Republic the other day and learned of the Ring of Gyges which is a mythical magical artifact mentioned in Book 2 (2:359a–2:360d). It granted its owner the power to become invisible at will. Through the story of the ring, Republic considers whether an intelligent person would be moral if he did not have to fear being caught and punished for doing injustices. Internet trolls anyone?