For the first time in 16 years, the Federal bureau of Investigation is requiring that its agents pass a fitness test, consisting of four exercises separated by a five-minute break. 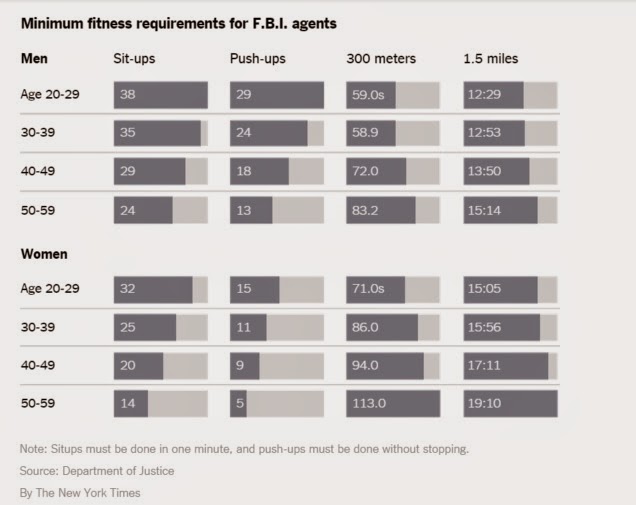 That doesn't look so bad. I might have a crack at it later this week.

It is the minimum though. Aiming higher, here are the Special Agent requirements - https://www.fbijobs.gov/explore-careers/sa-pftprotocol.asp.

All together now in fantasy land!


WILLARD (V.O.): The more I read and began to understand, the more I admired him. His family and friends couldn't understand it. And they couldn't talk him out of it. He had to apply three times, and he put up with a ton of sh1t, but when he threatened to resign, they gave it to him. The next youngest guy in his class was half his age. They must've thought he was some far-out man humping it over the course. I did it when I was nineteen, it damn near wasted me. A tough motherfxxker. He finished it. He could've gone for general, but he went for himself instead.