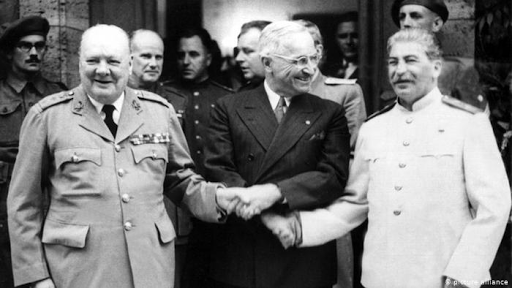 I have just got up to the Potsdam Conference in the David McCullough biography of Harry S. Truman I am working through.

From July 17 to July 25, nine meetings were held. After that, the Conference was interrupted for two days, as the results of the British general election were announced. By July 28, Clement Attlee had defeated Winston Churchill and replaced him as Britain’s representative, with Britain's new Secretary of State for Foreign Affairs, Ernest Bevin, replacing Anthony Eden.

I had no idea. Can you imagine how Donald Trump would have reacted to that?  It doesn't bear thinking about. Winston took it on the chin. For all his achievements, his greatness and his lesson - at least in my eyes - lies at least as much in his dignity, modesty and resolution in the face of failures and set backs. 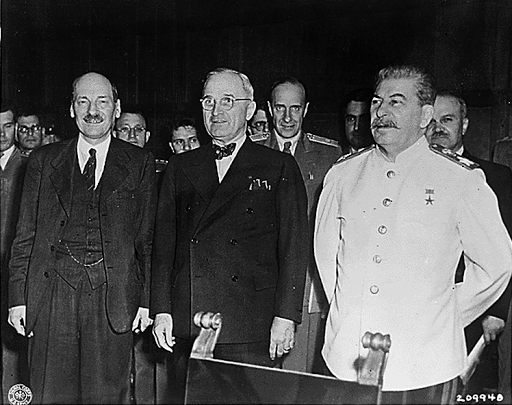