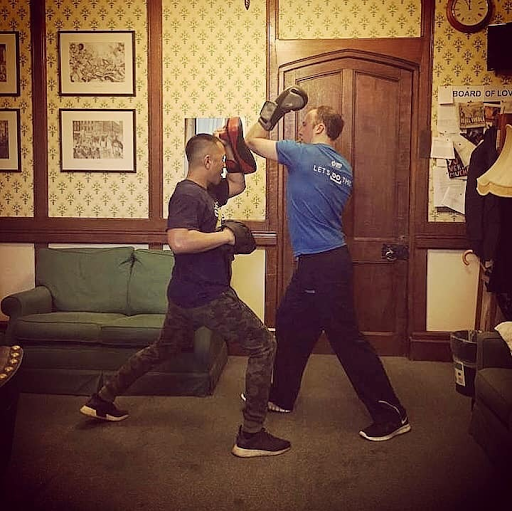 I watched "Mr Calzaghe' with the son and heir last night over cod, chips and mushy peas from the Fish Inn; the first time I've been there for over a year. The movie was a good choice as I could tell Ben I was at Calzaghe's first professional fight which was on the under card at the Lennox Lewis/Frank Bruno clash in Cardiff as well as the Kessler fight in 2007. It was strange watching the Roy Jones Jr footage at the end of the movie knowing that he is fighting Mike Tyson this weekend.

I also got the chance to show Ben the photo opposite of Kru Johnny, his old Muay Thai teacher, training Matt Hancock in the House of Commons in January. A lot of water has flowed under the bridge since then, but it certainly gives a new meaning to PPE.

What else? Dad is still in hospital. Three and a half weeks now. God know why they won't let him out. And John took Mum to the dentist this week so her new dentures should be sorted soon.