Amazon has added more than 40 TV channels to its UK streaming service, including ITV and live sport for the first time. If the U17 EUFA Cup Final had been on this Friday rather than last Friday I could have just watched it on Eurosport on my Fire TV stick rather than going through all the aggravation of connecting my laptop to the television.

Speaking of Ben, Jonnie and Callum, here is an old Muay Thai photo I found. Callum is front row left, Jonnie is second row left and Ben is second row right. It seems like last week to me, but when I consider that Jonnie is now six feet five and Ben is six feet three tall I guess it can't be. 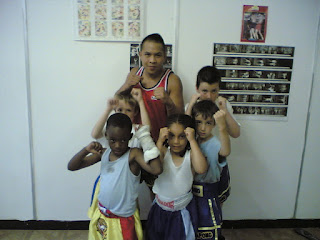